I study Japanese because I'm a dork. 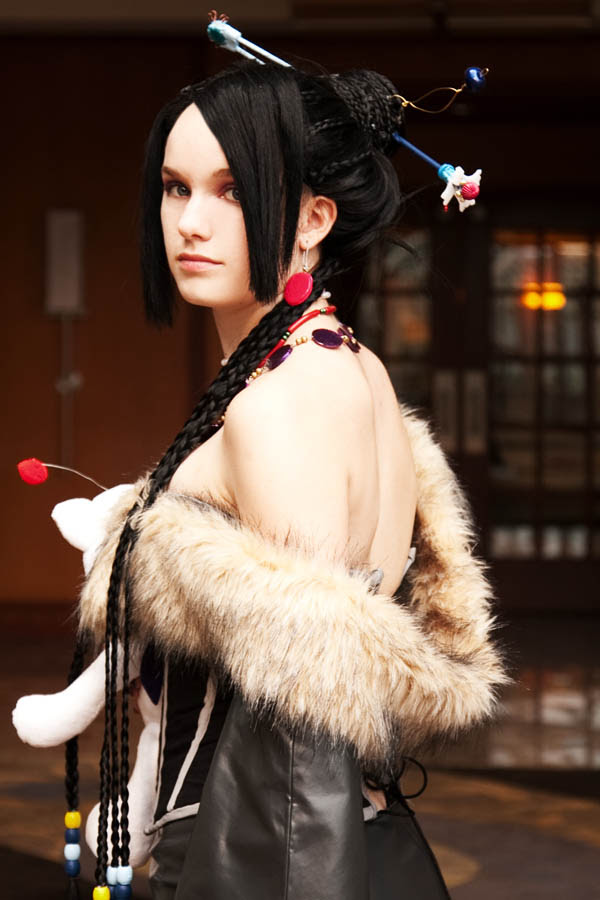 No, really. A friend of mine got me started reading manga in 7th grade (it was either Planet Ladder or Othello I read first, both of which are not well-known now) and ever since I've been addicted. A few years later I started cosplaying (making my own costumes, thank you very much, and yes that is me) and going to anime conventions, and I knew that I wanted to study the language.
It's not just because of anime and manga that I have a fascination with the language and the culture, but I certainly never would have gotten this into the culture without it. Is it the most high-brow, cultured reason someone could have to study Japanese? Of course not. But it's mine, and I'm proud of it.
I am really excited to be studying Japanese (if you hadn't guessed) but I am really hoping to study the language all four years and come out fluent (or as close as I can get) at the end. I also hope to study abroad in Japan sometime during my years as a college student, because nothing teachers you a language better than complete immersion.
However, after two weeks of studying I am having a little trouble. I have never been amazing when it comes to route memorization (partly because I have a lazy streak a mile wide) so having all this information (plus the first of three completely new writing systems) thrown at me is a little overwhelming. Unlike trying to memorize dates of boring historical events, I have a good motivation to get memorizing. Soon I hope to start really settling in with my study system so I'll start having an easier time with it. For now, expect to find me buried in flashcards and spouting what seems like nonsense as I do my best to memorize everything.
Posted by Emily at 11:09 AM